We are humbled to invite you to celebrate the success of our U18 team this year!

Though, this was our first season as “Hope Soccer Ministries”, many of the boys had been with coach Nick for 4+ years!  The new players fit in so perfectly, it is hard to tell that they hadn’t been playing together just as long.

The team culture of unity, the talent, and the desire for victory, has made this a truly special team!  To God be the glory for putting together such an awesome team and making Hope Soccer Ministries’ first season, a season to remember!  We look forward to many more!

The U18s are the regular season Elite West MARS Champions with a record of 7 – 1.

At the end of the season, they were grouped in the “PREMIERE” MARS bracket which was exclusive to only 9 teams with the best records, out of 32+ teams.

They will play this Saturday at 4pm at Southside Park.

We invite you to come support Hope Soccer Ministries in their first season semi final premiere appearance!  Wear your blue shirt and come cheer them on!

Additionally, without having final confirmation yet due to the nature of the tournament rankings, we strongly believe that our u14 team will make the Semi Final and have a game on the same field at 230.  So, you should be able to catch a Hope Soccer game all day!

For I know the plans I have for you, declares the Lord, plans to prosper you and not to harm you, plans to give you hope and a future.

Only 6 months ago, if someone had told me that we would be playing our first game as Hope Soccer Ministries with 10 returning players, many of whom I’ve coached since they were 11 or 12, I don’t know that I could have possibly believed it.

But our God is a God of miracles!

We are humbled and grateful that He has chosen us to lead this ministry!

It is a lot of fun coaching your boys, watching them become better soccer players, better teammates, and get stronger in their faith as we share at every practice that Jesus died on the cross for our sins.

To God be the glory! We’re thankful for our first game and we pray for many more! 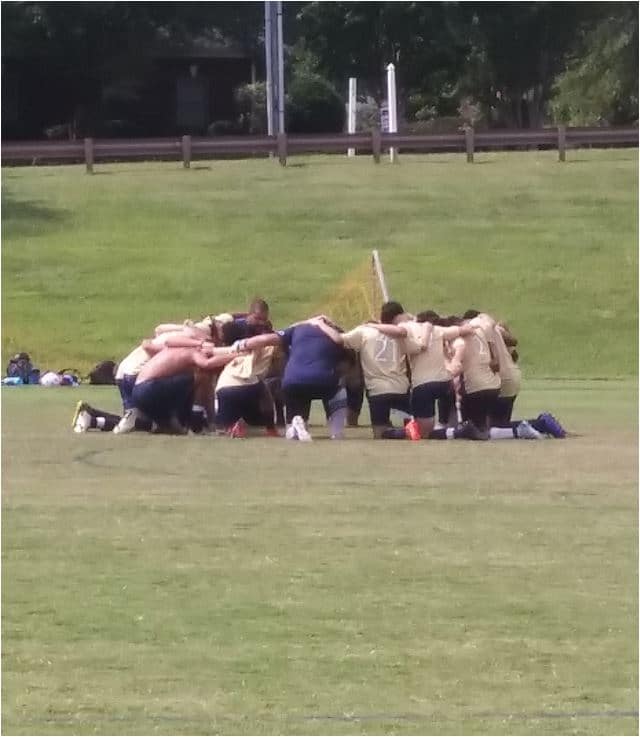 Hope Soccer Ministries is Encouraged by Moments of Hope Church